One Core Recovery Course and the SAT/ACT test prep is included in the tuition. The NCAA mandates a CORE GPA of 2.0 to receive a scholarship offer, but a 2.3 and a 2.2 CORE GPA to be eligible for immediate competition for D1 and D2 respectively.

Each individual institution may have their own admission requirements in reference to the SAT/ACT Test Score. The NCAA uses a sliding scale based on the test score and the Core GPA. National Standards are typically 950 (SAT) and 18 (ACT).

The NCAA Eligibility “Clock” begins when a player enrolls in 12 credit hours of college courses. A PPA player’s full eligibility remains in-tact as no college courses will be taken. The goal of every PPA is to enroll in a full-time institution in January.

The only fees not covered in the tuition are the “sitting fees” for the SAT/ACT test day (Typically $95) and a meal plan. Students shop at grocery stores and cook their meals in their apartments.

Players live in nearby apartment complexes with the location based on the availability of the units at the time of move-in in August. Apartments are one, two or three bedrooms with two players in each room.

A pre-paid meal card is provided as a convenience to you and is restricted to Grocery Stores and restaurants. You pay PPA, and PPA funds the card.

Players will move into the apartments on Friday and Saturday the first weekend in August.

Move out will begin after the final game (typically Nov 15)

TAPA (Tuition Assistance Payment Application) provides the opportunity for outside funding through analysis of credit applications and loans through third party sources. In-house, interest free payment plans are available upon the approval of the Board of Directors.

Palmetto Prep is a 501c3 Non-Profit and is available for tax deduction under certain parameters. Tuition paid on behalf of a direct dependent (Parent/son) is not deductible.

Payments made on behalf of a student (Grandparent/Friend/Foundation) is tax deductible.

Each player is required to carry their own Major Medical Insurance. Out of State Medicaid is not reciprocal for the State of South Carolina and would require prepayment for any treatment.

A supplemental Reimbursement Policy is included in the tuition and is portable should a player decide to keep it.

Should a player arrive with greater than a 2.3 CORE GPA and a test score of 1000/20, he will be eligible for community service or employment with one of our partner corporations.

We have our own in-house promotion system that has produced nearly 30 Division 1 offers in the last two years alone. Division two offers are countless.

All games will be filmed, and players instructed as to how to create their own highlights in Hudl. They will be provided a coach database and a cover letter for their own promotion efforts, as well as their own personal profile created on Phenom Preps advertised across multiple social media.

All home games are live streamed and select away games, depending on the venue.

Playing time is earned during the week during practice, classroom, weight room, chapel and community behavior. While the roster is limited to 3 players per position to maximize highlight opportunities, playing time is earned by effort and performance. We consider this opportunity here at Palmetto Prep a job and he will be rewarded accordingly.

A pre-game meal is provided for every game whether home or away.

A post-game meal is provided only for away games

A charter bus is used in travel for away games.

There are no overnight stays for away games.

Palmetto Prep has a strength and conditioning trainer on staff that has experience in training athletes of all levels, from Middle School to Professional levels.

It is the responsibility of the player to report to camp IN SHAPE, and for the Trainer to maintain that level of fitness throughout the season. While conditioning and agility will increase drastically, strength will not increase as much due to in-season stress on the body.

Athletic trainers are provided by the University of South Carolina and are the same trainers that treat The Gamecocks and most High Schools within the area.

Should an injury occur, trainers will schedule doctor appointments with the USC Medical staff and the protocol for return to play is the same as USC Athletes.

Players are not to return to their family physician back home unless prior permission is received from the USC Trainer AND the Palmetto Prep Athletic Director.

The NCAA has recently allowed a player to legally earn income with their NIL agreement. Each PPA Player will have their own NIL powered by Phenom. Should a player take advantage of the NIL Opportunity, commissions will be paid monthly as long as the agreement remains in place.

A typical day begins with classes from 8:30 – 11:30 depending on a player’s academic path. Weight room activities will follow in session based on position group. Athletic Training/Position group meetings/Film Sessions in the afternoon followed by practice in the evening at 5:30. Players are back in the apartments usually by 7:30PM.

All Players are in their apartments for the evening by 10:00PM.

Palmetto Prep is a Christian organization and Chapel Services will be held every Monday Night. Attendance is mandatory and treated as a team event just as class or practice. Team Chaplain and Advisory Board Member Pastor Glen Wigfall of Haskel Heights Baptist Church facilitates. Frequent guest speakers are invited to speak at chapel and practice events. 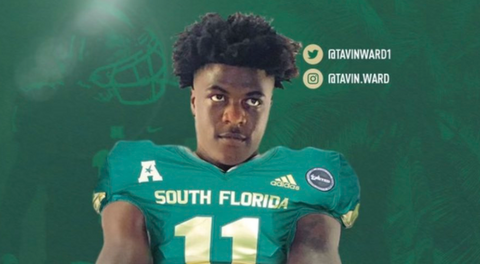 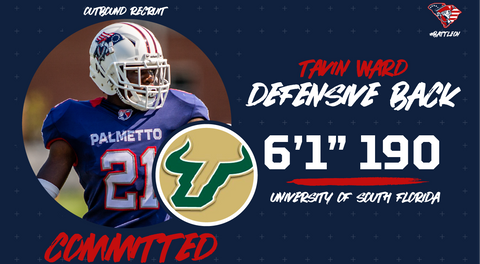 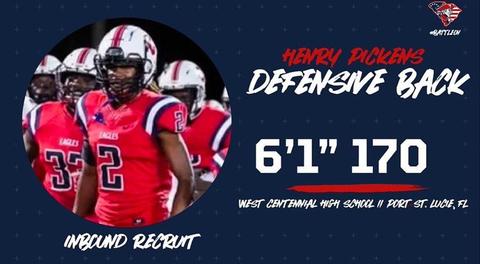 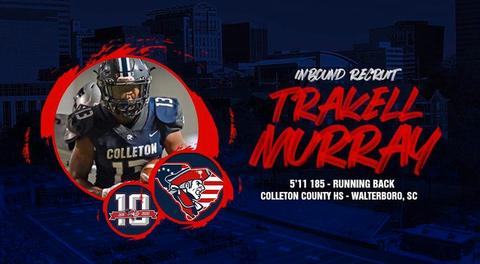 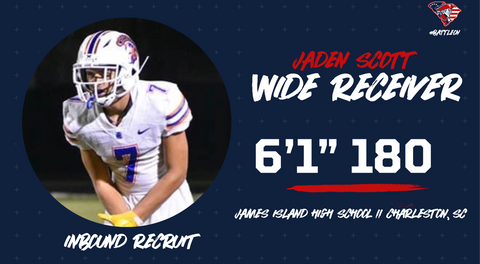